The Dawn of Peace 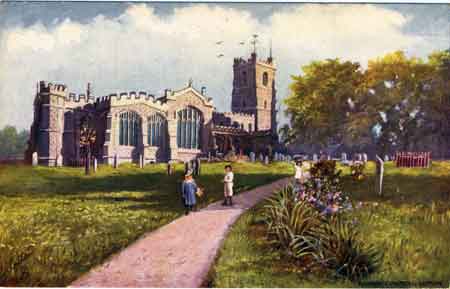 Tuesday 12th 1918: The news of the Armistice arrived at Luton yesterday morning in time for special newspaper editions to hit the streets soon after eleven o’clock. At 11.10 the Mayor appeared on the balcony of the Town Hall  and announced the signing of the armistice and the cessation of hostilities to rousing cheers. The National Anthem was sung, followed by a verse of the hymn “Praise God from Whom all blessings flow” and a rousing “three cheers”. By noon the main streets were filled with “shouting, smiling, joyful people”, undeterred by the rain. The local authorities met and announced the withdrawal of lighting restrictions, and by evening the town was a blaze of light. Services were arranged at all the churches and bands played outside the Town Hall, in Park Square, and at the Volunteer Club. The streets remained packed with people until midnight.

Today has been declared a public holiday and a civic service of thanksgiving was held this morning at the Old Parish Church, attended by the Mayor and Corporation along with representatives of all the public bodies in the town. The largest civic procession seen in Luton took place from the Town Hall to St. Mary’s, passing along streets lined with crowds. During the service the King’s message to the Services was read to the congregation by the Mayor. A collection was taken for St. Dunstan’s Hostel for the Blind, and the service closed with a blessing from the Vicar and the National Anthem.