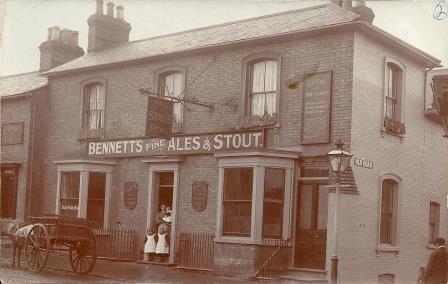 Monday 25th November 1918: The ability to raise window blinds while the lights are lit is an unaccustomed pleasure to those who have been afraid of prosecution for lighting offences for so long. Even before the Armistice was signed preparations were being made to re-light the towns of Leighton Buzzard and Linslade. The contract between Leighton Buzzard Urban District Council and the Gas Company had been allowed to lapse during the War, and negotiations towards a new agreement are progressing. It is anticipated it may take some time before the lights there can be put back into working order. However, in Linslade a fixed sum for the upkeep of the lamps was paid by the Council during the war, and it has therefore been possible to get the lights back on more quickly. Since last Friday Linslade residents have been enjoying the benefit of lit street lamps, with around fifty per cent of the former number now back in use.