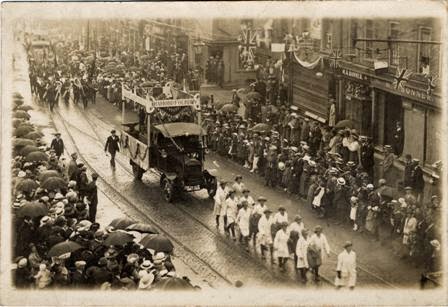 Tuesday 5th November 1918: The parents of Sapper William H. Trotter have received the following letter informing them that their son had been killed as he waited for a medical pass before coming home on leave:


“He was granted leave on October 7th, and proceeded to the medical station to pass the doctor and while waiting there he was killed outright by a shell. He was buried the same day where he fell, near Passchendaele. I can assure you that the loss of your son is greatly felt by the whole of my company … A cross will be erected over his grave by his comrades.”[1]

Sapper Trotter was educated at Surrey Street School in Luton and was employed at the Diamond Foundry before the War. He was a member of the Mount Tabor Primitive Methodist Church, won prizes for cross country running and was a member of the St. John Ambulance Society. He volunteered to serve with the East Anglian Royal Engineers in April 1915 and went out to France in autumn 1917.

[1] It would appear that Sapper Trotter’s body was subsequently moved as he is now buried in the Tyne Cot Cemetery at West-Vlaanderen, Belgium.