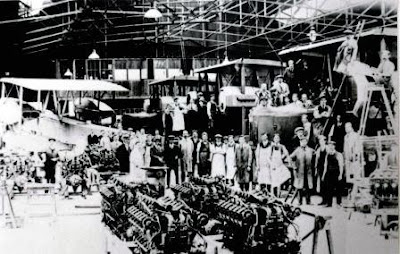 Monday 9th September 1918: Henry John Hutton, of 27 Old Road, Linslade, has been remanded at the Linslade Police Court for stealing firewood blocks valued at five shillings from his employers, Messrs. Morgan and Company Limited. The works director stated that although the company appreciated the efficiency of the police in detecting the theft they did not wish to press the case, as Henry Hutton had been in other respects a good worker and was a discharged soldier. The wood was scrap and would sooner or later have been given away to deserving people at the works or sold as firewood.

Police Constable Matthews said that early in the morning on Thursday 5th September he had found a bag of block firewood hidden in a hedge near the Linslade Pumping Station. He had watched the bag until 11.50 a.m., when the prisoner’s ten year old son came with a perambulator and took it home. The next morning, while watching the works, he had seen Hutton come to a large heap of firewood, fill a bag, and carry it across the meadow to the same place. When challenged he admitted stealing the wood.

Hutton pleaded guilty and said he was very sorry. He had been discharged from the Army in March and his wife and children had been ill. There was a lot of wood lying about and he took some as it was difficult to get fuel. The works director said Hutton was a very good workman and of real value to the company, but as a matter of principle they could not keep him on. Taking into account that he had lost both his character and a good job, Hutton was fined ten shillings with fifteen shillings costs.