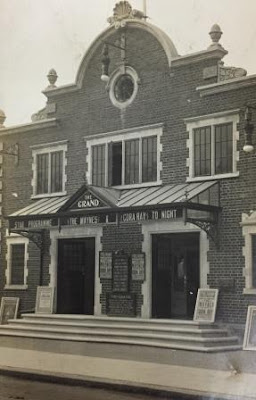 Thursday 5th September 1918: Tribunals continue to be held on a regular basis to hear appeals against conscription to military service for men considered to be essential workers. At today’s Linslade Urban District Tribunal a number of exemptions were agreed. Joseph R. Labrum, age 40, a coal merchant at Ledburn Wharf, Linslade, received three months’ exemption with the consent of the Military Authorities on the grounds that he is in a certified occupation. The normal requirement to serve as a Volunteer was waived as he is a lieutenant in the Special Constables. William White, the licensee of the Bedford Arms, was exempted for six months on health grounds. He has been certified as not fit for any kind of service, even as a Volunteer.

There was some complaint that Linslade retailers had been taken by the Army whereas those in Leighton Buzzard had not, with the result that shoppers were being forced to go to Leighton. This time grocer Lewis Lovell of 55 Old Road was exempted for three months on the grounds that his work was of the utmost importance. Other men considered to be in essential occupations included a cattle dealer, a coppersmith carrying out skilled work for Morgan and Company, and the manager of the Grand Theatre. Although Mr. Dyball, aged 33 and single, only passed his medical as Grade 3 he could still have provided useful service to the Army as a clerk. However, he was carrying out the work of two men at the Theatre, and the importance of picture palaces for propaganda work was recognised by the tribunal.