Blackberry Picking and the War on Rats 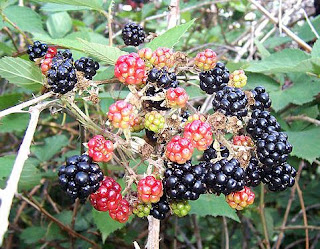 Wednesday 18th September 1918: The Board of Education have agreed to allow school children three half-days every week to go and pick blackberries, which are needed to provide soldiers with jam. The Local Collecting Depot pays three pence per pound, or if they can be taken to an authorised jam manufacturer in five hundredweight lots four and a half pence can be paid – the extra payment is to ensure that fruit is made into jam and not consumed locally. This list of “Don’ts” has been provided to blackberry gatherers:


Meanwhile war has been declared on the rats which are causing enormous destruction of food. The Joint Agricultural Advisory Committee has urged farmers to take the matter seriously – rats multiply so quickly that a single pair can have a thousand descendants in a year, and it is believed there are nearly as many rats as human beings in Great Britain. Apart from the risk to food supplies, rats are also a danger to public health. Every farmer must do all in his power to keep numbers down!