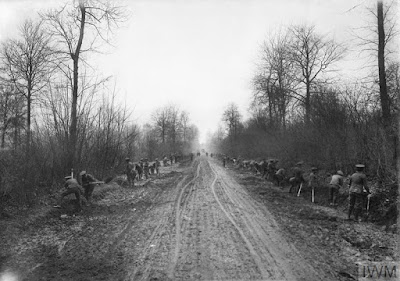 Thursday 12th September 1918: Leighton Buzzard officer Second Lieutenant Henry Guess of the Royal West Kent Regiment attended Buckingham Palace yesterday and was presented with the Military Cross by the King. This was awarded to him for his courage and leadership at Aveluy Wood last March. The commendation reads:

“He displayed great courage in controlling his men during a determined hostile attack, and later, when the enemy penetrated the line, he organised his platoon to cover the portion that was broken and then, counter-attacking, regained all lost ground. His services were of the utmost value to his company commander.”

Lieutenant Guess joined the Army in 1914 and has spent much time on active service. He was mentioned in despatches during the Battle of the Somme in 1916, and was promoted from the ranks in 1917. In June he was seriously wounded by shrapnel during fighting around Albert, being hit in the neck, left shoulder and left leg. The leg wound was particularly severe and he is still on sick leave.