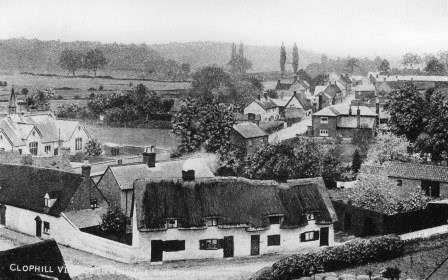 Thursday 15th June 1916: News has reached Clophill both of the Rector and of a number of its soldiers. Revd. Matthews has been ill and has spent some weeks in hospital, but is now well again and back to his duties as chaplain. The tidings concerning three men serving with the Bedfordshire Regiment are mixed. Private Samuel Page of the 8th Bedfords has been seriously wounded and is now in hospital at Oxford where his life is still in danger. Corporal George Bone of the 2nd Bedfords has been at the Front since the beginning of the war and has been wounded several times; he is now progressing favourably following his most recent wound. The family of Private Arthur Richardson, who was reported some time ago as “missing, supposed dead”, have now heard that he is “wounded and a prisoner in Germany”. Finally, Sapper Albert Maddams of the Royal Engineers is reported to be “in hospital with foot trouble”.