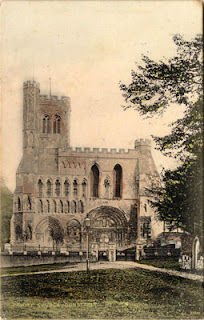 Wednesday 7th June 1916: The organist of a Dunstable Church has had his appeal against the Dunstable Tribunal’s rejection of his application for exemption from military service dismissed. He has been passed fit for the Army but only for sedentary work, a class in which it is considered unlikely that he will actually be called upon to serve. The Appeal Tribunal considered that as the gentleman had been examined twice, with the conclusion that he could serve even though only in a sedentary capacity, the issue came down to whether or not his work as an organist could be considered to be of nation importance. The Tribunal decided that it could not.