German Gun Given to Bedford 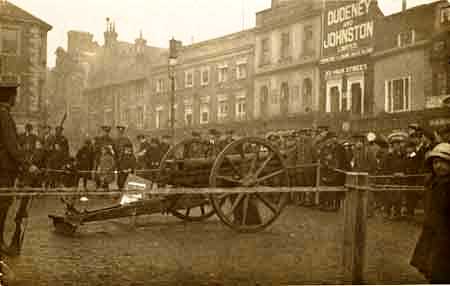 Friday 28th January 1916: Bedford Town Council have accepted on behalf of the town the offer of a German gun which was captured by the Bedfordshire Regiment. After some discussion it was decided to place the gun temporarily on the Embankment. Mr Nightingale suggested the gun should be labelled “Krupp, by Corruption, out of Ignorance” and placed in a prominent position, if only to remind them what fools they had been in the past.