A Bogus Officer at Shefford 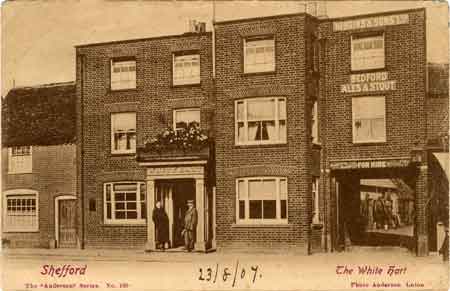 Monday 10th January 1916: A man masquerading as an officer has been sentenced at Biggleswade Police Court to three months hard labour for wearing the military uniform of a Lieutenant of the Royal Engineers without authorisation. Captain C. Prickett, RE. told the court that Thomas Lee, aged 21, had attended a boxing contest at Shefford wearing the uniform with a DCM ribbon, but his behaviour was “not what that of an officer ought to be”. After the boxing he went to the White Hart Hotel where he was arrested for drunkenness. He claimed that he was with the 18th Australian Infantry Brigade until he was wounded; he had been discharged from hospital in Birimingham on 9th November 1914, had been commissioned from the ranks in December 1914 and then promoted to Lieutenant on 2nd May 1915. Enquiries were made but his story could not be verified. In court his defence admitted that Lee was a soldier who had been to the front and been wounded. He had deserted from the Royal Field Artillery, but was willing to rejoin his regiment at any time.