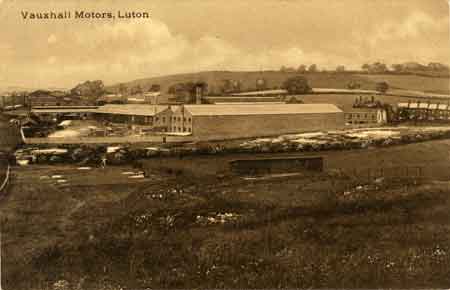 Wednesday 22nd December 1915: Following a series of thefts Vauxhall Motor Works brought a prosecution against an employee at today’s Luton Borough Sessions. Mrs Emily Clark of Hitchin Road is a mother of four and the wife of a soldier who has been pensioned out of the Army due to extensive injuries to his sides. The charge against her was that she had stolen a coat belonging to Florrie Mayes, another Vauxhall employee, from the cloakroom. Hubert Bolton, the manager of the department, stated that on Thursday December 7th Mrs Clark had left without giving notice. On that day he had put up a notice in order to put an end to a series of thefts. Around 18 to 20 coats, many hats, and some money had gone missing. This had only occurred in the women’s department; there was no such trouble in the men’s. This pattern of thefts has been seen in many other large Works since they began to employ women. Some had taken on a woman to protect the girl clothes at considerable expense.

The stolen coat was found by another girl employee who lived next door to Mrs Clark. When Mrs Clark became aware that it was known she had the coat she went home. She denied to the neighbour girl that she had stolen it, but when told “If you don’t bring it down Mr. Bolton is going to kick up a fuss about it” she fetched the coat. Mrs Clark was arrested and when asked to account for the coat claimed she had borrowed it. When it was pointed out that she had admitted stealing it she replied, “Well, I sent it back again”. In court she pleaded guilty and expressed her sorrow. When asked if she was hard up she said her husband only had a pension of £1. Mr Bolton had hoped that the Bench would make an example of Mrs Clark, but the Bench felt they could not do so due to her distressing circumstances. Although the court was told this was not her first offence and she had been prosecuted for stealing twice before, in October 1912 and May 1913, they decided to fine her only 10 shillings, with payment spread over a month. Mr Bolton admitted that Vauxhall had no idea about the extreme circumstances.