A Letter from Salonika 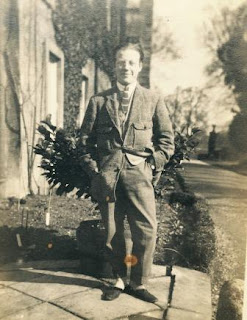 Thursday 23rd December 1915: Erica Orlebar, the daughter of Mrs. Faith Orlebar of Hinwick, has received a letter from her brother, Lieutenant Richard Orlebar. An officer of the 3rd Battalion of the Bedfordshire Regiment he has been attached to the 5th Royal Irish Fusiliers and is in Greece as part of the Mediterranean Expeditionary Force. He writes: “I have not had a chance to get a line off to anyone for weeks, as we have been in the wilds, and only arrived back in this place (Salonika, generally termed “Slushonika”) last night, the last fifty miles being performed on “Shank’s Mare”. Tonight will be the first night for four weeks that I shall have taken my clothes off. As a matter of fact we have had a rotten time, and are jolly lucky to be out of it with our skins whole, and far luckier not to be sitting in a Bulgar camp with barbed-wire round it.”

After the British forces were beaten back by a Bulgar attack they were forced to retreat under cover of darkness. He says: “I thought it never would get dark, but it eventually did. We toddled on then for some five miles, across a river and up a pass, to Causli, where we slept under a roof (the last roof I slept under till last night, when we got tents, - an interval of some ten days) … in the course of the next day we made our way down on to the Dojran (pronounced Doyrarn) road. Since then we have been walking back here, and got in, wet, weary and hungry last night; we found some tents (nowhere near enough!), no food, and wet blankets, but SLEPT!!!”