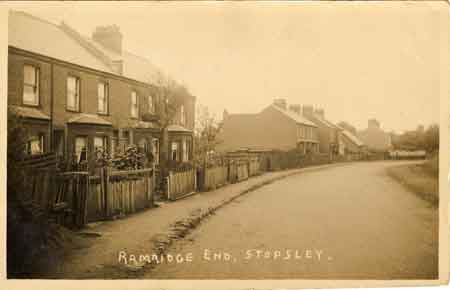 Saturday 4th September 1915: The Luton Borough Court dealt with an unusual case this morning when Hilda Best, the wife of a sapper in the Royal Engineers, appeared charged with assaulting her sister, Ellen Smith. Although Smith said that she wanted to withdraw the charge the Clerk of the Court was reluctant to permit this due to the severity of the allegations – it was said that Best had grazed her sister’s face with a knife, and had also assaulted her mother who would not press any charges. It appeared to the Clerk that this was a case where the wife of a soldier was spending money received from her husband on drink, had quarrelled with her parents and made a “terrible uproar”. When questioned by the magistrate Smith began to cry and said that on behalf of her parents, her sister’s husband, and her sister herself she did not wish to say anything.

Mrs. Best said that had been living at home but was considered a lodger and nobody had spoken to her for a whole week. When she left for work on Saturday morning she had said she would not be home that night as she was staying in Stopsley with a friend. She arrived home at about 9 pm on Sunday night, only to be told that as she had been out all night her parents had written to her husband. Ellen Smith contradicted her sister, stating that her mother did not know where she was that night. Mrs. Best pointed out that she was married and did not have to ask her parents for permission. She agreed to be bound over to keep the peace towards her parents and others, but said she did not want to have anything more to do with them. When told by the Clerk that it was a shame to have such feelings towards her own parents she replied “I have had too much of it. If I have nothing whatever to do with them they can say nothing.” When told she was to pay 7s 6d costs Mrs. Best complained that her sister should pay as she took out the warrant against her. The Clerk pointed out that she was the person at fault and would have to pay the money, telling her "the sooner you get rid of that obstinate temper the better. It is your temper that has brought all this about”.