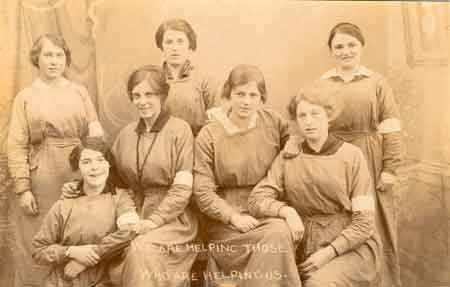 Thursday 2nd May 1918: A meeting of women workers was held this evening in the Council Chamber of Luton Town Hall and a local branch of the National Union of Women Workers of Great Britain and Ireland was formed. The meeting was first addressed by Mrs. Barbara Prothero, who is the honorary secretary of the Union, a leading member of the National Union of Women’s Suffrage Society, and the wife of Rowland Prothero M.P., President of the Board of Agriculture. She told her audience that she had always wanted to start a branch at Luton as she knew that “when Luton people once put their hands to the plough they never looked back”. Mrs. Prothero emphasised the need for greater education for women now that they had been granted the Parliamentary franchise. The next speaker was Lady Cowan, one of the founders of the Women Relief Munition Workers' Organisation, who explained that the Union was non-party, and welcomed women of all shades of political opinion and none, and workers of all types, not just those in industry. The resolution to form a local branch of the Union was carried unanimously.