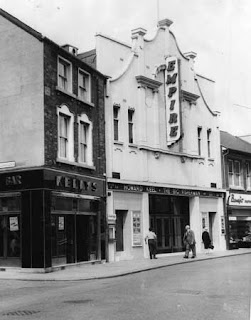 Saturday 11th May 1918: Over the past week Bedford residents have enjoyed a varied selection of entertainment at local cinemas and theatres. Since Monday the Empire has been showing ‘The Garden of Allah’, by Robert Hichens, which boasts that its “desert scenes, with their loneliness, great space, and sand storms, leave an ineffaceable impression”. At the Picturedrome ‘Mary Girl’, the “celebrated vaudeville theatre play” has been followed by George Walsh in ‘This is the Life’ and ‘Strictly Business’, number ten of the O. Henry stories. Viewers at the Palace in the High Street were offered a double bill on Monday, with Mary Miles Minter in ‘Charity Castle’ and a two reel Triangle-Keystone comedy, ‘A Hindu Hoodoo’; on Thursday there was a showing of ‘Quo Vadis’.