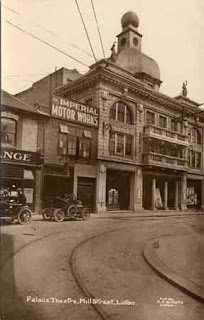 Wednesday 6th September 1916: William Northcliffe, a travelling music hall artiste from Blackpool, has appeared at Luton Borough Court charged with being an absentee under the Military Service Act. Captain Alston of the Recruiting Office visited the Palace Theatre last night together with a police inspector, and had asked the manager to show him behind the scenes to see if any men of military age were performing. They had found Mr. Northcliffe who produced his registration card and said he was aged 38. When asked whether he had an exemption certificate he said he had not. He said that he had never received a conscription notice, and that he did not realise he was obliged to respond to the proclamation calling up men of military age. The magistrates decided that Mr. Northcliffe should be handed over to the military authorities, but that no fine would be imposed.