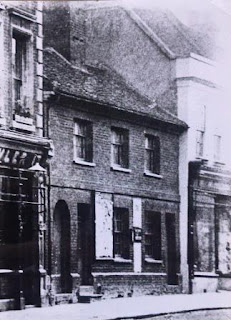 Wednesday 1st March 1916: A young Welsh mother sobbed bitterly while giving evidence this morning at the inquest into the death of her 17 month old son, Thomas William Davies. The child was taken ill during the night on Monday at 17 Palmerston Street where his father, W.C. Davies of the Brecknocks, is billeted. A doctor was not summoned until Tuesday afternoon, by which time the infant had been dead for some hours. Dr. A.F. Goldsmith told the inquest at the Bedford Borough Police Station that the child was well nourished and well cared for, and he believed death was caused by teething convulsions. The little one had been playing normally just a few hours before his death.

Mrs. Davies told the inquest that before joining up her husband was a collier and lived at Brecon. The child had never had convulsions before. He had been in bed with her when he was taken with a fit. She called a neighbour who told her he would soon come out of it and not to send for a doctor; the neighbour said her children had had convulsions many times and there was no need to worry. The first fit came at 1 o’clock and was followed by one after another. The baby, a “beautiful strong child”, died between 3 and 4 o’clock. The Coroner and jury agreed the baby was one of the loveliest children they had ever seen and sympathised very deeply with the bereaved parents.