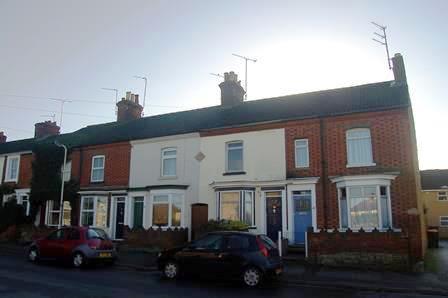 Thursday 13th October 1915: After several failed attempts to enlist James Cox of Mill Road, Leighton Buzzard has been accepted into the 3/3rd West Riding Royal Field Artillery, one of the units currently stationed in the town, and has been appointed orderly to Major Nash. Private Cox is a father of twelve; three sons are serving in the British army and his eldest is believed to have enlisted in Australia.[1] Two of his sons were recently wounded taking part in the charge of the 1/5th Bedfords at Gallipoli. One of these, Corporal James Cox, worked as a van man for Messrs. Pillar and Co. before the war; he was well-known in local junior football circles and wore the colours of Leighton Town on a number of occasions. He was hit in the right hand by a bullet and is now at Netley Hospital. Corporal Cox’s brother Charles received a shrapnel wound in the right thigh and is also in hospital. The third soldier brother is Sapper Harry Cox who is training at Ampthill with the new division of the East Anglian Royal Engineers. There are six younger boys in the family who Private Cox believes are all likely to make good soldiers in the future.