Glass Thrown at a Soldier in Houghton Regis 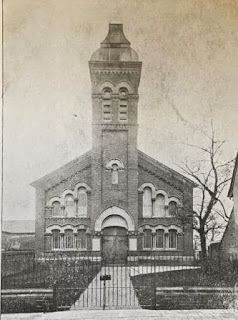 Monday 19th July 1915: Leslie Bird, aged 15, pleaded guilty at the Luton Divisional Sessions today to throwing a piece of glass to the danger of the public on Sunday July 11th. Lance-Corporal Vaughan and Lance-Corporal Kelly of the Royal Engineers were working along a footpath near the Houghton Regis Baptist Chapel just before 8 o’clock in the evening when some boys were rather cheeky to them. Lance-Corporal Kelly spoke to them, and as Lance-Corporal Vaughan turned round he was struck on the nose by a piece of glass, causing it to bleed. Bird admitted throwing the glass and said he was sorry it hit the soldier. The Chairman of the Bench expressed regret that a soldier who had already been wounded fighting for his country should be wounded by a silly, dangerous trick at home; while fighting at Ypres Lance-Corporal Vaughan had suffered two broken arms, six wounds in a leg, three broken ribs, and had the top of a finger blown off. Bird was fined 8 shillings with 7 shillings costs as a warning to other boys. His mother said it “was a lad’s action, though he ought not to have done it”.