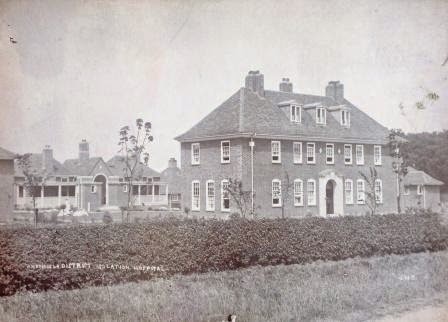 Saturday 23rd January 1915: The Hospital Committee of Ampthill Rural District Council has reported on the question of admitting fever cases from Ampthill training camp to the . It has recommended that the Clerk of the Council should write to Colonel Murray stating that the Council would be prepared to accept scarlet fever cases from the camp at a charge of £2 2s per week per patient. This would be subject to there being room at the Hospital, and with Dr Garner having sole control over the number of cases to be admitted. Colonel Murray has assured the Committee that the military authorities would be willing to pay liberally for this service. There are currently eight patients in the suffering from scarlet fever and while there are no cases at the camp at present it is realised that this is a possibility and the Council wishes to assist the War Office in any way it can. However, the offer would not be open to any other troops quartered in the Council’s District. In view of this the Medical Officer asked what would happen in the case of a man from Marston Moretaine who enlisted and was billeted at Haynes. Would he then be eligible for the Hospital? The Chairman of the Council agreed that he would, but said that the Council would not be obliged to accept any other soldiers whose homes were outside the District.


Note: In February 1915 a soldier was admitted from the training camp suffering from typhoid or cerebro-spinal fever and the Hospital Committee agreed to recommend admission of diphtheria and typhoid fever cases on the same basis as that agreed for scarlet fever. Source: Minutes of Committee, 18th February 1915 [RDAM2/3]
Posted by Kathryn at 07:00