School Attendance Rules to be Relaxed 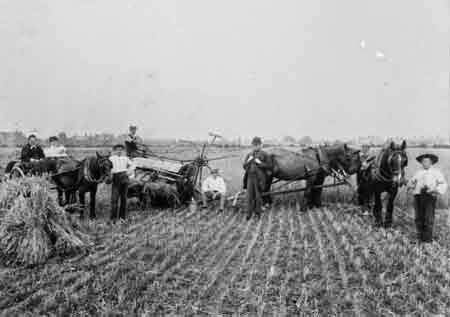 
Monday 18th January 1915: Last October the Education Sub-Committee of Bedfordshire County Council ignored representations from those involved in agriculture requesting that they permit the employment of boys aged 12 and over to held make up for the farm labour shortages caused by the war. Instructions were issued to School Attendance Officers that they must report such cases of non-attendance to the Director of Education. It appears the Sub-Committee has now changed its mind. Mr. J. C. H. Robinson of wrote to Mr. Howard  Whitbread in December recommending that the attendance rules for boys whose parents wished them to go to work at an earlier age should be relaxed. The matter was considered by the Elementary Sub-Committee on January 11th and instructions have been given that the school attendance bye-laws should no longer be enforced in those cases where boys over 12 years of age are employed in agricultural work. It is understood that the Board of Education does not wish to interfere with the powers of Local Education Authorities and is leaving these decisions in local hands.