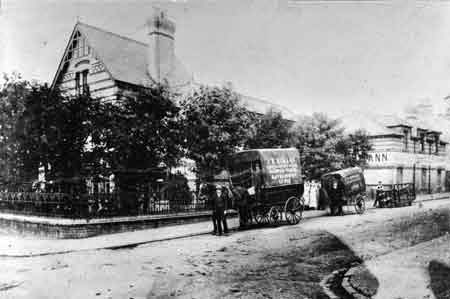 Saturday 30th January 1915: Mr Albert Ansell of Laurel Villa, Havelock Road, Luton has written a letter of complaint to the Luton News concerning the failures of the billeting officers of the 4th Lincolnshire Regiment:


Sir, - I wish, with your permission, through the medium of your paper, to call attention to a grievance which I think, in common with some other residents in Havelock Road, I have with the billeting gentlemen of the 4th Lincolns who are at present stopping in the town.

On Friday last 2 N.C.O.’s, together with a police constable called at my house and billeted two Territorials, who according to instructions were to arrive at my house about 5 o’clock on Saturday. Naturally, sir, arrangements were made for the reception of the soldiers. Trouble was taken, certain expense was incurred, but up to the present the gentlemen have not arrived, neither has any intimation been received from the billeting authorities that the billets would not be required.

Now, sir, I ask, is this fair treatment? We were prepared, as we have done before, to make our visitors welcome and comfortable, and I think (and I am not alone, as some of my neighbours, who have been treated in the same manner, feel just as strongly) we might have been treated with what we have learned to call common courtesy, such as is due from one man to another. But there, sir, I do not know whether a blunder has been made, or whether the position has arisen through an oversight. Looking at the bald facts, however, it seems to me that we have been made fools of.