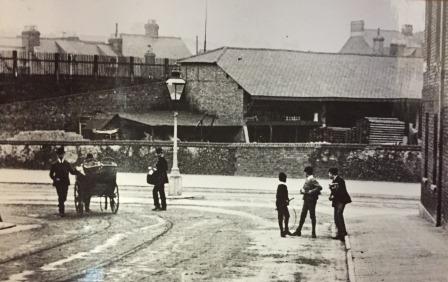 Thursday 5th August 1915: An inquest has been held into a tragic accident which took place at 17 Inkerman Street, Luton where Charles Hollingsworth Reading lived with his wife and her parents. A visit from relative had caused the occupants to arrange makeshift sleeping arrangements, with Reading sleeping by himself on a mattress in the back bedroom. A loud crash was heard during the night and Reading was found to have fallen downstairs. No doctor was called until the morning as his injuries did not seem serious. Grace Reading gave evidence that her husband was in very good health. A couple of weeks ago she had found him walking round the bedroom while apparently still asleep. He tried to open the bedroom door but failed and went back to bed. He had also walked in his sleep once last year. On Sunday night they all went to bed about 10.30pm. She was not called when the accident happened as she had not been well.

Mrs. Reading’s father, George Summerfield, had slept downstairs on the couch that night. At about 11.45pm he heard a thud, went to the stairs and called up to ask what was the matter. He did not at first notice Mr. Reading lying on his back at the foot of the stairs. When he saw him he called one of the guests, Horace Inwards, and they put Mr. Reading on the couch. He appeared to be sound asleep and snoring heavily. Just before seven Mr. Summerfield went for the doctor, at which time Mr. Reading was still alive and still appeared asleep. Someone was with Mr. Reading at all times and he believed he had come round.

Horace Inwards agreed that Mr. Reading was snoring heavily when put on the couch. He could find no broken bones and did not think there was any serious injury. They had bathed the man’s head with cold water, but he never regained consciousness. When Dr. Harmer arrived at the house early on Monday morning he found Mr. Reading dead. There were no marks on his body but there was a haemorrhage from his right ear. He believed Mr. Reading died from a fracture to the base of the skull. The Coroner thought there could be no doubt that sleepwalking was the cause of the accident and the jury returned a verdict of accidental death.