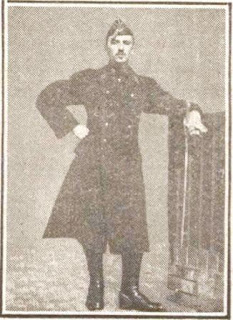 Friday 13th August 1915: One of the Belgian refugees in Luton, Monsieur Clottens,  has received a visit from his brother Joseph Clottens who is on leave from his work as assistant surgeon for the Belgian Red Cross at Calais. At the beginning of the war Joseph Clottens attended wounded soldiers at Antwerp. He was taken prisoner and interned by the Germans with other doctors and with officers from Britain, France and Russia. The barracks at Heidelburg were far too small for the numbers sent there and seven men had to share each small cell; the food was atrocious in both quantity and quality. M. Clottens was released in an exchange of prisoners and returned to his work as a surgeon. He has expressed himself delighted with the reception he has received in Luton where his brother now works at Kent’s.