Rumour Causes a Riot at Bedford 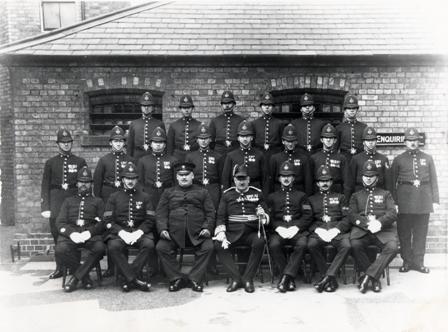 Tuesday 6th August 1918: Edward Arthur Drew of 2 Shaftesbury Avenue, Bedford has appeared in court on a charge of obstructing a police constable while in the execution of his duty. This is a sequel to severe disturbances which took place in Bedford on the nights of Saturday 27th and Sunday 28th July. These resulted from a rumour that the police had arrested a wounded soldier named Brierley, and that in taking him to the police station the police had nearly killed him. The facts of the case were that a soldier who had drunk too much was arrested at the Fleur de Lis public house in order that he should be taken care of. He became very violent and the military police sought assistance from a police constable. When he arrived at the police station a doctor was sent for who thoroughly examined him, and found that he was suffering only from too much drink. The next morning the Brierley remembered nothing of the night before, and was handed over to the military authorities by whom he was punished. Meanwhile, rumours spread that the soldier had been taken to hospital, where all his old wounds had to be re-stitched. By Monday a woman even asked the Mayor whether it was true that the man was dead.

At the court hearing evidence was given that as the police constable took the soldier along the High Street, Drew and his wife had stopped him. Drew put his hand on the constable’s shoulder and said “Let loose of his arm, you brute; you are hurting a wounded soldier”.  The couple refused to leave, following them to the police station. News spread quickly that the police were hurting a wounded man, and this caused a hostile crowd of two to three hundred people to gather outside the police station. In the riot that followed several military policemen were assaulted. Drew said that the military police were holding the soldier’s right arm, and the police constable was twisting the man’s left arm in such a way as to cause intense pain, with “absolute agony” on his face. He felt it is duty to intervene. William S. Robbins, an engineer, also stated that he thought the soldier was being treated in a rough manner.

The Bench decided unanimously that Drew should not have behaved as he did, and that he should be ashamed of himself. They were sorry he saw fit to interfere with the police. Drew was fined £5 and 4 shillings costs.