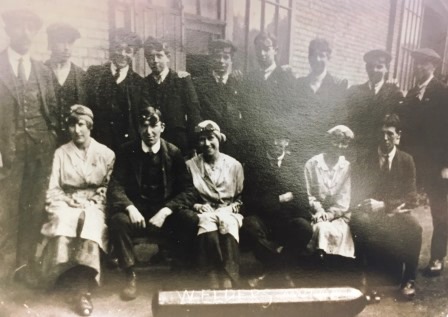 Tuesday 20th August 1918: Morgan and Company Limited of Leighton Buzzard have been summoned for unlawfully employing women and girls at their factory in Lake Street on three Sundays in June. The Factory and Workshops Act does not restrict the employment of men over 18, but limits the hours of work of women, young persons and children; unless special exception is made, they cannot be employed in a factory or workshop on a Sunday. Morgan’s have obtained an exemption order which allows women over 18 to work exceptional hours, but this is specifically limited to weekdays. While there was no suggestion that the company had acted from improper motives, it was a matter of principle – not only were there religious considerations, but in many cases Sunday work destroyed family life and reduced people’s social enjoyment. Experience had also shown that it was not economically desirable.

Constance Alice Louisa Pooley, aged 14, of 32 Dudley Street, gave evidence that on 9th June she was employed on machine work from 7.30 a.m. to 5 p.m. with ten minutes for lunch at 10 a.m. and an hour’s break at 12.30 p.m. She had volunteered to work overtime, and was paid double time of sixpence an hour. She had just had a week’s holiday and a money gift from the company, she was happy in her work and her health had not suffered through the Sunday work. The firm put in a guilty plea, but pointed out that it was engaged in work of great national importance; it was contracted to produce a fixed quota of machines in a given time, and had been successfully meeting its quota. At the time of the offences some of the machinery at the main works in Linslade was out of order and could only be mended at the weekend. As a result the work’s manager had asked if any of the girls at the Lake Street works could help, without thinking about the working hours restrictions. However, in November 1917 the company had been sent a warning letter after an inspector had found Morgans was employing women and girls for more than the legal limit of sixty hours a week - some were working as many as eighty-eight hours and staying at work into the early hours of the morning. In view of this a fine of £16 was imposed.