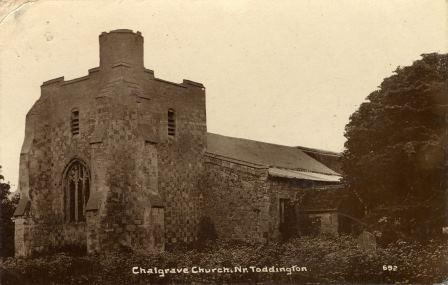 Friday 16th August 1918: Another case involving the passing of food to German prisoners of war was heard today at the Woburn Police Court. This time Hockliffe bakers Walter Harris, aged 28, and his brother John Harris, aged 17, were charged with selling bread on June 17th to a prisoner of war at Chalgrave. John Harris was also summoned for a second offence which took place the following day. Evidence was given by Police Sergeant Dennis of Toddington, that on June 18th, as a result of something he had heard, he hid near a field where the prisoners were working at Lord’s Hill, Chalgrave. He saw John Harris drive past. Some of the prisoners whistled; Harris then turned back and served the prisoners with four half-quartern loaves. He challenged Harris, who admitted he had done wrong, but said he had sold the prisoners only four loaves although they asked for six. He also admitted serving the prisoners with bread on the previous day, when his brother Walter had been with him.

When interviewed Walter denied selling any bread, saying “I have never served a prisoner with bread and I have repeatedly cautioned my brother not to do so”. He admitted being with his brother, but said he had only held the reins of the cart and did not know whether his brother had served the guard or the prisoners. The prosecuting solicitor pointed out that if Walter had been aware of the sale it was a ‘contemptible wriggle’ to blame his brother. Such actions showed a ‘gross want of patriotism’, with the men seeming to care nothing for their country provided they could get a bit of extra money in their pockets. William Garner, a postman from Dunstable said he saw the baker’s cart on June 17th standing opposite a field gate with several German prisoners round it. They had a bag with them which he assumed contained bread, although he did not actually see any bread change hands. As Harris drove on he called out “You ought to get six months for serving German prisoners!”

Sergeant-Major Richard Malone of the prisoner of war camp at Leighton Buzzard said there were forty prisoners in the camp at this time, who were being sent out in gangs of six with one soldier in charge. The prisoners had breakfast at 6 a.m. of biscuit, bread, jam, cheese and coffee. When they came back from work they had potatoes, meat or fish, and there was no need for them to buy bread except out of greed or for other purposes. He had received no complaints that they did not have enough food from the prisoners.

John Harris gave evidence that on June 17th the guard in charge of the prisoners had asked for the loaf of bread, had paid for it, and then went back into the field with the prisoners. The next day the prisoners had come out of the field with a bag and asked for six loaves, but he only sold them four as this was all he had in the cart. He had told the policeman he was very sorry if he had done wrong, but the guard had told him that he could supply the prisoners – Sergeant Dennis however denied that Harris had said this. Unfortunately the prisoners’ guard, Private Rumble, could not be called as he was in hospital with double pneumonia and was given little chance of recovery. The element of doubt over whether the guard had neglected his duty and told John Harris that he could sell bread to the prisoners made it impossible for the magistrates to decide on the case without his evidence. Due to Private Rumble’s illness the hearing was adjourned indefinitely.