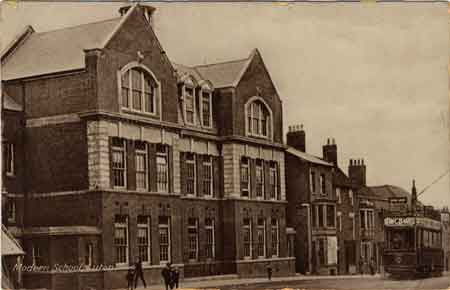 Sunday 29th October 1916: All connected with Luton Modern School have been sorry to hear that former schoolmaster Ernest Isaac Barrow has lost his life on the Somme. Mr. Barrow joined the school in September 1911 as a teacher of maths and science. He was among the first to join up in August 1914, as a private in the 2nd East Lancashire Regiment, and had since achieved the rank of Lieutenant. During his absence the school has held his post open for him, and has supplemented his Army pay with an additional £80 per annum. He has kept in regular contact with the school. His last letter, written in July, was full of optimism:

“Just at present we are having a slack time, but under present conditions that is not likely to last much longer. We have plenty of men and ammunition to make use of, and I think, this time, we have broken the back of Fritz’s resistance. There is sure to be very hard fighting before he is finally beaten, but we shall soon have him out of his last strongly fortified line, and Heaven help him when we do get him into the open … I was slightly wounded the other day – at least, I suppose I shall be reported in the casualty list as such, and it is because some of you will notice that, that I mention the matter, just to let you know that it is nothing to worry about. A piece of shell casing hit me on the chest. It was considerate enough to hit me flat side on, which was lucky for me. As it was, it knocked me head over heels, raised an enormous bump, and broke a rib. I refused to go into hospital and am still ‘carrying on’. Apart from this little dent in the framework I am very fit.”