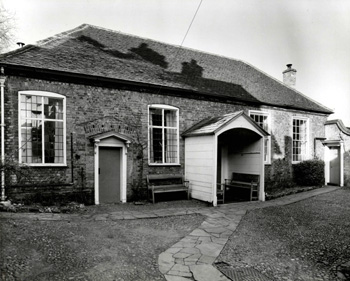 Saturday 8th July 1916: Leighton Buzzard’s only conscientious objector has appeared at a military tribunal to request absolute exemption from war service on religious grounds. The man, who has not been named, is a 27 year old house decorator living in Regent Street. The tribunal was told that the applicant’s views were of long standing: before the war he had posted peace posters around the town; he had spoken publicly against the war; and he was peace correspondent for the local Society of Friends (also known as Quakers). He stated that not only was he not prepared to fight, but he would also not take part in the war in a medical capacity, knowing that the wounded would be sent back to fight again once they recovered. He would also not help with minesweeping as he would only be allowed to sweep German mines.

The advisory committee recommended that the applicant should be made to serve as a non-combatant. One member of the tribunal said he thought a man holding such views should be put into a boat on the North Sea and left to choose which side he would take; another suggested that the final decision should be left to the County Appeal Tribunal; and a third pointed out that the man was acting within his legal rights. After considerable discussion the decision was taken that his conscientious objection should be accepted and he was released from military service on condition that he would undertake agricultural work.