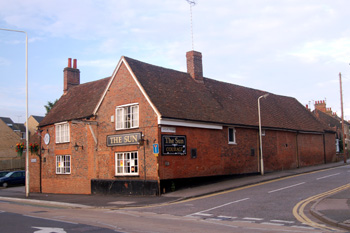 Wednesday 26th July 1916: Private Charles Henry Hills, the son of Mrs Hills of the Sun Inn in Leighton Buzzard, has returned to Australia to start poultry farming. This is a remarkable turn of events as Private Hills was blinded by a shrapnel shell at Gallipoli and only last summer was being led about the streets, apparently helpless. He soon learned to navigate the local streets, and remained in his naturally cheerful spirits. He has since learned to typewrite, and has written to his relatives from Wagga Wagga, where he was living before he enlisted:

“The people are very good to me and are anxious I should settle in the town as they say everything original goes to Sydney and Melbourne. I have been in the papers several times and the keenest possible interest is being shown in the poultry farming experiment. The difficulty of obtaining the necessary ground to start on is engaging the attention of all the best men in Wagga Wagga.”

Private Hills has been interviewed by the Sunday Times in Sydney and has told them it is a great consolation to him that he “got” five Turks before he was wounded. He spent time in nineteen hospitals before he was taken to St. Dunstan’s in Regents Park, a home established for blind soldiers and sailors. While there he occupied the same room in which the Kaiser had slept when he had been a guest at the same house before the war. While there he was trained first in typewriting, and then studied poultry raising in the country life section. This new industry for the blind is proving successful and Private Hills intends “hitting out in the hen departure”, confident he can make a success of the business. Private Hills is also a great reader, and is looking forward to receiving a supply of the latest works from the Sydney Blind Industrial Institute.