Train on Fire at Tempsford 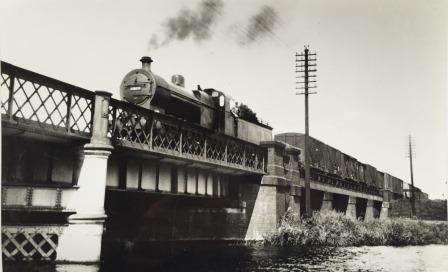 Wednesday 2nd February 1916: As a southbound goods train on the Great Northern Railway passed Tempsford Station this morning it was seen to be on fire. The driver sounded the whistle several times to catch the attention of the guard and stopped the train as soon as possible. The guard saved the train by quickly dividing it into three parts and confining the fire to just two wagons. One of these was carrying bales of peat and the flames hot up to a great height. The Tempsford Fire Brigade, under the command of Captain Sims, were soon on the scene with their manual engine. A continuous stream of water from the fire engine and the nearby brook brought the fire under control. The contents of the wagons were taken out and thrown down the embankment, and one wagon was found to be very badly burnt. This was taken back to Tempsford goods yard and the rest of the train was able to continue its journey.