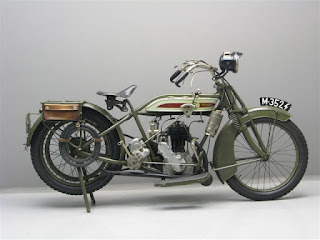 Monday 7th February 1916: Two military motorcyclists had narrow escapes today when they were involved in accidents in which they came off rather better than their machines. Dispatch Rider Potter, who is billeted in Shortmead Street, Biggleswade, met with an accident near Henlow. The fork of his motorcycle broke in half, and he fell heavily with his machine on top of him. He has been examined by a doctor and no bones are broken, although one shoulder is badly bruised. In the second incident a motor belonging to Mr Howe, a farmer from Marston Moretaine, collided with a motorcycle ridden by one of the Royal Engineers dispatch riders outside the Biggleswade Town Hall. Although the motorcycle was rather damaged and a lamp on the car smashed the rider was not hurt.