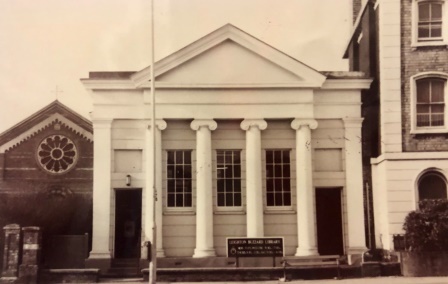 Wednesday 18th December 1918: We have reported on several occasions the work being carried out by the Leighton Buzzard War Hospital Supply Depot, most recently in February when the Secretary received a letter of thanks from the Edmonton Military Hospital. The women of the town have been asked to continue their splendid work, this time for the benefit of the Serbian Relief Fund. Two women from the Belgravia Workrooms, the Central War Hospital Supply Depot, have addressed a meeting at the Temperance Hall where they congratulated Leighton Buzzard on sending the best needlework of any depot. They trusted the town would not fail now when their efforts were so badly needed by Britain’s Serbian allies. One worker who had kept a hospital and a soup kitchen going in Belgrade for 3½ years had reported that everything had been deliberately broken up by the Austrians. The work of reconstruction specially entrusted to England was the care of returned prisoners of war and the provision of hospitals. This had persuaded them to extend the work the Supply Depots had done during the War. They hoped that Leighton Buzzard workers would continue to help “as a thank offering for having been spared the horrors of invasion”.