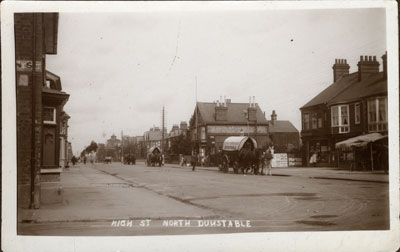 Sunday 22nd December 1918: A fellow prisoner reports that Private James Baxter, the husband of a Dunstable woman, was murdered at the end of September by a guard at the German prison camp where he was held at Freiburg. Private F. Bungay of the North Staffordshire Regiment reports that “While we were working the guard yelled out to Baxter, who, having a slight cold, did not hear at once, but he afterwards started to run, and being weak from want of food, stumbled at the bank. The guard then went forward and beat him with the butt of his rifle, and then shot him through the back, the bullet reaching his heart. It was awful to see a chum murdered in cold blood like that.”

Private Bungay hid behind some bushes and saw the guard leave to give the alarm and fetch the doctor. While the guard was gone he took out Baxter’s pocket book to get his address; he found a photo of Baxter with a child but had to put it back again. The affair was hushed up and guard claimed he killed Baxter in self-defence, but Bungay insists this was a lie as Baxter had his back to the guard. Private James Stewart, who has just returned to his home in Perth, says that when he arrived at Freiburg soon after the matter was being widely talked about at the camp; a number of prisoners told him that Baxter had been set upon by the guards after being accused of picking and eating blackberries he was gathering for the Germans to make tea from. Pioneer Baxter served his apprenticeship as a lithographer in Dundee, but joined up at Bedford in August 1917. He leaves a widow, the daughter of Mr. J. H. Proverbs of High Street North, Dunstable, and a young son.