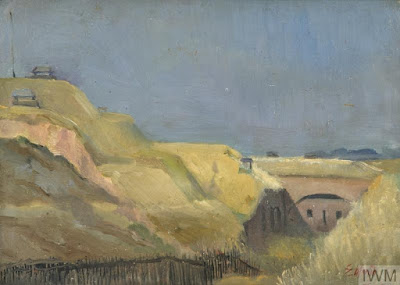 Saturday 28th December 1918: Men who have returned to Bedfordshire after spending time  as prisoners of war in Germany have been telling of their experiences. Corporal Sydney Beddall of the Bedfordshire Regiment, son of Mr. and Mrs. William Beddall of 49 Park Road, Kempston arrived back last week after spending nearly twenty months in captivity. He was taken prisoner in April 1916 during the battle of Vimy Ridge and was sent to Fort McDonald, which has been described by other prisoners as the ‘Black Hole of Lille’. He spent only five days there but witnessed appalling conditions. Over one hundred prisoners were packed into a single cell, leaving them no room to turn round and with only a small hole near the roof for ventilation. It was “indescribably dirty and verminous”,and impossible to lie down due to lack of space; sanitary arrangements were “shocking”. The prisoners were allowed out for five minutes’ exercise once a day, and their died consisted of half a slice of black bread each day, with a quantity of mangold wurzels, sliced and partly boiled in water but inedible, with the liquid from the vegetables all they had to drink. During his time there three fellow prisoners died.

Corporal Beddall was then sent to Marquion near Cambrai, where the prisoners were put to work clearing away German ammunition dumps and railway lines as the British advanced. They were “practically worked to death, and more than half starved”, starting work between 3 and 4 a.m. and continuing until late in the evening. As the British advanced the prisoners were moved back to Devain, where they received their first bath. Corporal Beddall was then told that as a non-commissioned officer he was not obliged to work and that he may be transferred to an easier camp, but was unable to get further information. He deliberately opened a superficial wound on one of his fingers, leading to blood poisoning and admittance to hospital where treatment was better.

After he was discharged he was transferred to Dulmen Camp, where the state to which Germany had been reduced was obvious. The Germans were in a state of semi-starvation, and children would come round the barbed wire enclosure and beg biscuits from prisoners who had received a parcel from England. The Germans would also give almost anything for a tablet of soap. The camp was “filthy beyond description”, and the prisoners were put with Russian prisoners who were infected with typhus. Parcels sent by Prisoners of War Associations in England were extremely welcome, especially those received from the Bedfordshire Prisoners of War Fund. He was next sent to Cottbus, where rumours that the war would soon end meant that the prisoners received better treatment and were allowed more freedom. When news of the Armistice arrived the men were told they were free to leave. A party of 750 prisoners were sent to Altdamm on the way to Stetting. The camp was filthy and verminous, with no blankets for the men. They refused to stay there and rushed the gates; 1400 men marched to Stettin, from where they were taken to Copenhagen and embarked for Hull.