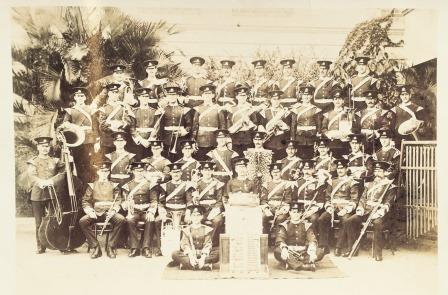 Saturday 9th June 1918: Bedford is again doing its best to show its appreciation for the men of their local regiment with a fund-raising event for the Bedfordshire Regiment Comforts Fund and also for the Prisoners of War Fund. This sends to each prisoner from the regiment three parcels of food, tobacco and cigarettes every fortnight at a cost of nine shillings, and also five bundles of clothing each year. Today’s proceedings will begin with the Colours of the Regiment being played through the town between 11.30am and 12.00pm before being placed on the Soldiers’ Memorial. The regimental band will play on the Embankment between 3.30pm and 6.30pm.