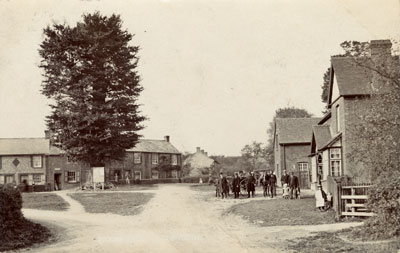 Saturday 22nd June 1918: Bertie Royal Gutteridge, a 17 year old labourer from Dunstable, was charged at Woburn Police Court yesterday with maliciously wounding Private Arthur James Sanford at Tilsworth on 8th June. Private Sanford had been lent by the Army Service Corps to a Dunstable contractor, Mr. J. W. Ridgway of Skimpot, to drive a steam cultivator. Gutteridge had been hired to steer the cultivator, but on 6th June while working at Billington he refused to do any more work. On Saturday they moved on to Tilsworth and Gutteridge came and asked for his money. Mr. Ridgeway refused to pay him without compensation for the time the engines had been idle through his neglect. Gutteridge then threatened to bash Mr. Ridgway’s brains out and struck him with a shovel. Mr. Ridgway took an iron pin to defend himself  and went to Hockliffe for the police. Private Sanford was bending down washing himself in a bucket of water when Gutteridge came up behind him and hit him on the back of the head with the shovel, saying he would murder him. He was hit a second time while lying on the ground; Gutteridge then ran away.

When Gutteridge was arrested at Dunstable he told the police constable “I did it to get a bit of my own back”. Police Inspector Vincent said that when he was brought to Woburn Police Station Gutteridge said  “He did me one and I meant doing him one; I meant having my own back on him”. Dr. H. Stones Walsh of Toddington told the court that Sanford had a severe lacerated wound on the back of his head two inches long, which exposed the bone, and a bruise on his left shoulder blade. It should heal quickly, but the injury could have been serious. Gutteridge said that the reason he had refused to work was that the piece of ground they were ploughing was rough, and the drivers were pulling too fast and likely to break his arms on the cultivator. He had warned them on the Wednesday but they did not take any notice, so on Thursday morning he jumped off the cultivator and left it in the field. The magistrates decided to reduce the charge to causing bodily harm and committed Gutteridge to trial at the Quarter Sessions.