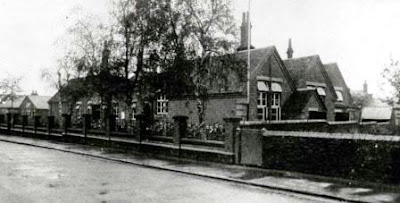 Wednesday 14th November 1917: The funeral of Company Sergeant Major Walter Dennis Toe was held at Leighton Buzzard this afternoon. His coffin was covered with a Union Jack and carried on a gun carriage, and Royal Engineers from Dunstable provided a firing party. Three volleys were fired over his grave at Vandyke Road Cemetery and the Last Post was sounded. “Dennis” Toe was just 20½ years old and the youngest of six brothers serving in the army in Egypt, France and England. Their late father, Frank Toe, served for 22 years in the Kings Rifle Regiment before becoming a postman in Leighton Buzzard. Dennis Toe joined the Northamptonshire Regiment early in 1914 and was sent to France eighteen months ago. He was awarded the Military Medal for gallantry at the Minament Trench in February and was offered a commission, which he refused.  He was severely wounded in the head in August, and died in St. George’s Hospital, London on Saturday following an operation. Among the tributes placed at his grave was a shield sent from his old school inscribed “Beaudesert School salutes one of its heroes”.