Dishonesty of an Ex-Soldier 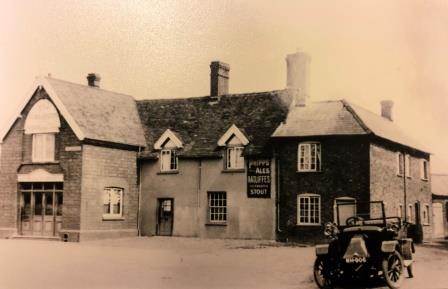 Wednesday 21st November 1917: Frederick Chadwick, an ex-soldier living at Kempston, has appeared in court at Leighton Buzzard charged with obtaining money by false pretences. Thomas Page, a labourer who lodges at 17 Stanbridge Road told the court he first met Chadwick about two years ago when he was a corporal in the Monmouth Regiment lodging at Page’s daughter’s house in Queen’s Park, Bedford. Earlier this month Chadwick called on Page and borrowed four shillings, saying he was short of money. They went to the Falcon for a drink and to buy a postcard to send to Chadwick’s wife. After tea, Chadwick said he heard that Page had been drinking recently. Page took him upstairs and showed him some paper money as proof that he had not. They spoke about Chadwick’s work – he said he was a special constable looking for deserters, and implied he had his eye on two men working at Morgan’s.

Lodgings were found for Chadwick at the house of Mrs. Florence Lawson at 44 Stanbridge Road. Chadwick joined Page for breakfast and accompanied him to work. On the way he produced a document which he said entitled him to draw £2.15s, but said he could not cash it until Monday and asked to borrow 30 shillings. Page agreed and told Chadwick to go to his lodgings for the money. On Monday Chadwick showed Page an official paper, which appeared to be a bank form for £6 10s. He got Page to sign the form, telling him he was going to draw the money on Thursday, and said that if he did not come back Page could draw it. That night Chadwick again slept again at Mrs. Lawson’s. The next morning he asked her to provide dinner for himself and his wife, but did not return.

Page’s story was corroborated by his landlady, Tamor Field. She said that when Chadwick returned to collect the 30 shillings he claimed Page had agreed to lend more to cover the expense of taking a “deserter” to Cumberland. She had therefore let him have £4. On the Monday Chadwick left a paper he said was a £5 cheque with her for Page, and also asked Page to sign a form which he said would mean £20 in his pocket. Mrs. Lawson said she also believed Chadwick’s story that he was a detective hunting for army deserters. The morning after he first lodged with her he left a man at her house while he went to Miss Field’s. When Chadwick returned the next Monday he said the man he had brought in on Saturday was “one of the biggest scoundrels” he had ever known and was now serving six months in Cumberland. On Monday night Chadwick said he was short of money, and feeling it her duty to help him she lent him 3s 6d. She prepared dinner for Chadwick and his wife on the Tuesday, but he did not return. He had not paid for his lodging.

P.C. Cheshire said that when Chadwick was arrested at Bedford he said he had a pension of 6 shillings a week and would repay all the money at 5 shillings a week. He claimed to have borrowed the money, not stolen it, and to have left security with Mr. Page. P.C. Jeffrey of Clapham said he had known Chadwick for four or five months. He lived in a little cottage, and the only work he had done was a fortnight’s night watching at Cardington aerodrome. He had never had anything to do with the constabulary. Chadwick said he had no intention of getting the money by false pretences, but had been drinking at the time. However, faced with the evidence and other examples of Chadwick’s dishonesty set out in a police letter, the magistrates sentenced him to two months imprisonment with hard labour.