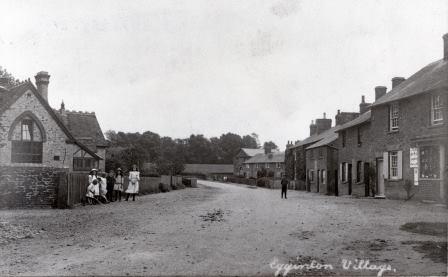 Saturday 4th August 1917: Lieutenant-Colonel Alfred Joseph Elton Sunderland of the Devon Regiment, the eldest son of the Reverent James Sunderland, Vicar of Eggington, had been killed in action. Colonel Sunderland was born in 1875 and joined the Devon Regiment in 1895. He served in the Boer War, where he took part in the relief of Ladysmith. As a result of his actions in South Africa he received the Queen’s medal with six clasps and the King’s medal with two. He was gazetted Major in September 1915, and temporary Lieutenant-Colonel in March last year.

A Toddington man has been more fortunate. Herbert Alfred Nicholls has written to his father to tell him that he has survived a gas attack but is now in hospital in France. He wrote: “I was coming out of the trenches when Fritz put over a barrage of shell gas. I put my gas helmet on when they sent over shrapnel and high explosives, and it came down and destroyed my gas mask and never touched me. I thought my time was up. I got my handkerchief and water bottle and soaked it, and put it over my mouth when they started dropping gas shells all around me. I made a dash for it as best I could. All I remember is being in the dressing station, and then in the Red Cross train, having had 10oz of blood taken out of my arm to kill the gas in me … I am feeling too weak to write any more.”