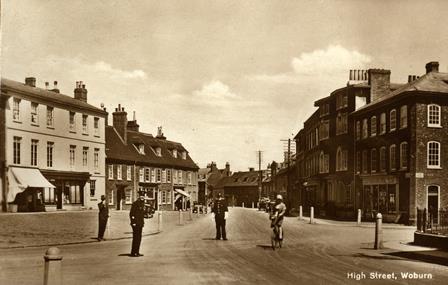 Wednesday 29th November 1916: Staff numbers at Woburn Abbey are now so low that there are no longer sufficient to help with stretcher work when contingents of wounded arrive for the Woburn Abbey Hospital and Woburn Hospital. A number of local volunteers have been practicing stretcher drill in order to help.

Mixed news has been received of a number of Woburn soldiers. Private H. Burgess of the 106th Field Ambulance has been in France for about five months and is now working at a hospital after taking a “lively turn” in the trenches. Lance-Corporal E. Pratt, a former employee at the Woburn timber yard whose parents live at Husborne Crawley, has returned to the Front after being wounded for the second time. He was able to give details to Mr. and Mrs. Arthur Phillips of the death in action of their son, Sergeant Arthur William Phillips. Bad news has also been received by the parents of Private William Coleman of the Bedford Regiment, who has died of wounds. He trained at the Ampthill camp and had not been at the front long.

“We had taken up our positions, and a fellow asked me to change places with him as he wanted to be next to his two mates. That was at twelve at night – the next morning at six they were blown to pieces. I was just round the corner! Forty hours later I was in a section of trench with four others – three on my left were blown to atoms, the one on my right had half his face cut to pieces; I was only stunned, and had two or three little splinters of shell in the back of the head!”