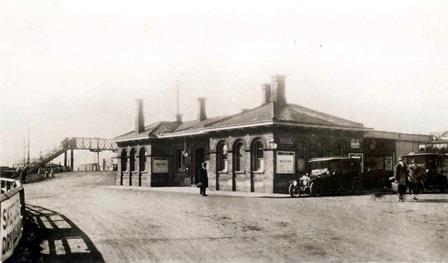 Saturday 4th November 1916: The Deputy Mayor of Dunstable has written to the Urban Councils of Leighton Buzzard and Linslade asking them to join him in persuading the North Western and Great Northern Railway Companies to provide a better train service for munitions girls. Many travel from Leighton Buzzard to work at the munition factory at Chaul End, but face a difficult morning journey home after working a night shift. They arrive at Dunstable from Chaul End at 7.30, but have to wait until 8.50 for a train to take them on to Leighton. If the Great Northern Company could provide an earlier train, they would reach Dunstable in time to catch the 7.05 from Leighton Buzzard. It has also been suggested that the North Western Railway Company could help soldiers from Dunstable and Luton who are at Halton Camp by holding back the 12.25 to Luton at Leighton Buzzard for a few minutes. Men on weekend leave reach Leighton at 12.33, just in time to see the 12.25 leaving the station. Instead of getting home in time for dinner, they then have to wait for the 1.55 train, followed by another hour’s wait at Dunstable before finally arriving at Luton at about 4 o’clock. For the sake of five minutes, the men lose a whole afternoon of their short leave.