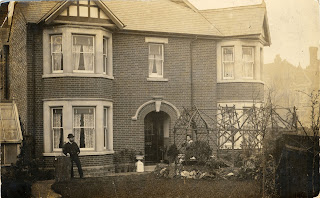 Thursday 7th December 1916 The exhibition of the dolls given for the Invalid Children’s Aid Association was held in Rothsay Road in the drawing room of Mrs. Le Jeune. This annual event has been running for 17 or 18 years and this year was no exception despite doubts about it continuing during wartime. It was thought that many of the children that would benefit from this event had fathers in the Army or Navy who would be cheered by the knowledge that their sick children were being thought of. Over 230 dolls were given; a greater number than last year and regarded as a remarkable number for wartime. Collections of dressed dolls were given by the children of St. Andrew’s School as well as St. Peter’s School. These dolls will be temporarily displayed and then given to sick girls for Christmas, with the funds from the admission to the show being used to purchase toys for the invalid boys.