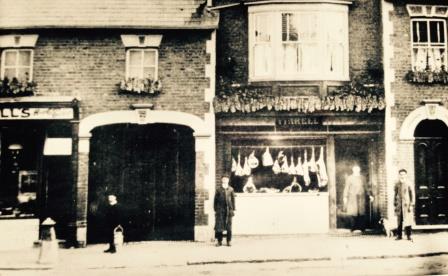 Tuesday 21st November 1916: The military authorities are concerned that too many butchers have succeeded in obtaining exemption from military service for their men and have suggested that Leighton Buzzard’s butchers should share slaughtermen. The Leighton Buzzard tribunal feels that the number for whom exemption has been requested could easily kill two or three times the number of cattle and sheep consumed in the area. At its most recent sitting the tribunal gave temporary exemption to just two slaughtermen employed by firms in Hockliffe Street, and warned local businesses that they must come to mutual arrangements to share employees. On hearing this news one of the employers said it would be a “rum business” and would never work.

Most butchers are already shorthanded and can reasonably claim that they have already supplied a full quota of men for the Army. Much of their work beside slaughtering can only be done by men of sound physique, most of whom are of military age. However, it would certainly be preferable for them to work out their own arrangements rather than have too many requests for exemption refused and be forced to close or depend on meat supplies bought already dead.