Views on the Skefco Strike 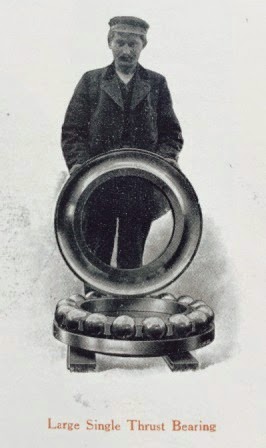 Friday 14th May 1915: Reaction to last week’s strike at Skefco Ball-Bearing Co. has been strong on all sides. The Secretary of the Engineering Trades’ Joint Committee, one of the men involved in the strike, has written complaining about the comments made in the Luton News about their actions. He defended the man who and been dismissed and went on to say:

“With regard to the alleged agreement between the firm and workmen respecting their wages. You were not informed that they absolutely refused to observe the increased rate of wages, which took effect on February 29th last in the federated engineering firms of the town and several non-federated firms also. Naturally, the men employed at the Skefko expected to be treated on the same lines as the men working for the other shops; they put in a demand for the same treatment, but met with a refusal. It is all very well for you in your comments, and the firm in their interview, bashing the patriotic drum for all it’s worth; the workers are having to pay dear for the war. The manipulators of the people’s food and other necessities are waxing fat out of the workers. Save your condemnation for those who deserve it.”

Other members of the workforce have also put their point of view:

“Much in your report is only half the truth, and to charge the men with bartering their duty for gain is not only offensive and misleading, but also absurd. Why, if we were so sordid and mercenary, did we reject the proffered war bonus, and why have we kept at our work from the beginning of the war without any advance in wages, save only the ½d an hour to married men, after a petition, while practically every other firm had granted an advance to ¾d months ago? The firm’s good works are manifold, but why omit to state the fact that week by week since war began the men have paid their contribution to the Soldiers Wives’ Maintenance Fund, or to leave out mention of the 5s each man pays to join the rifle club, which costs us nothing?”

Mr J. Horn, a cavalryman at the front with the 20th Hussars who was employed by Mr. R. H. Marks of before the war takes a very different view:

“I read in the Luton News yesterday about the strike at the Skefko Works, and I think they should be sent out here and put in the first line of trenches, without ammunition, and the Germans ought to send their gases over them, to see how they go on then. They would never want to strike again. They cannot guess how things are out here. If they could see the poor refugees in this place flying from place to place for safety – old women being carried away on barrow, and babies in arms – they would understand what we are fighting for … If you could only hear what the boys say about the Germans out here you would say that we have hearts like lions. It doesn’t matter what we lose or what we gain, we go in for it, meaning to do better every time I wish you could hear what the boys said about the girls going on strike at ’s. They said they would like them out here for a week”.