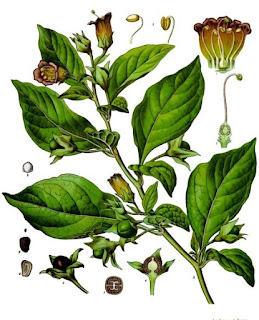 Wednesday 31st May 1916: Tribunals continue to sit around the county to decide on applications for exemption from military service. At Dunstable today the father of a married chemist appeared to support his son’s claim for exemption. The applicant collects and prepares medicinal herbs, of which he has expert knowledge. Many of these have become very scarce since supplies from Germany were cut off with the outbreak of the war and he has spent much time searching for these with great success. Several of the drugs are almost impossible to obtain in the market, and he has been able to supply large quantities to the War Office. Last year the father and son had been able to supply two tons of belladonna root, which had increased tenfold in value since 1914 due to its scarcity and medicinal value. The applicant had four brothers serving and had himself only been passed for home service, due to having had malaria while living abroad. The Tribunal granted him conditional exemption.

A number of other men who had been passed fit only for home service were also given conditional exemption. These included a rural postman who cycles 28 miles a day and has an invalid wife and no relatives; a 40 year old ploughman and horsekeeper; and a journeyman baker in delicate health who was said to be indispensable to his father.  Another young baker was less fortunate and was refused, despite being the only support of his widowed mother; the Chairman of the Tribunal agreed it seemed hard that he must go and was given permission to appeal. The case of two men employed at the whiting works was adjourned as it appeared they were only there thanks to a blunder. Applications had been sent to the Munitions Office for badges for four employees, but a mistake had been made and the wrong names submitted; two men who were over age had received exemption certificates, and the two applicants had not.