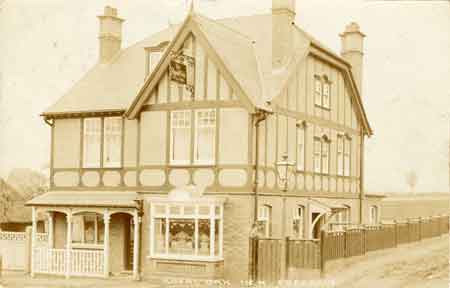 Monday 8th May 1916: Private J. Berridge of 76 Beech Road, a member of the Royal Defence Corps has been summoned for refusing to leave the Royal Oak public house at Leagrave when asked to do so by the landlady. Arthur Lawrence said that he kept house for his aunt, May Ann Bent, at the Royal Oak. Berridge had entered at about 8 pm and used bad language. He was asked to leave and refused any further drink. Berridge refused to go and continued to swear. A special constable who was in the Royal Oak at the time said the soldier had become very abusive and offensive and had ignored requests to leave from the landlady, her nephew and himself. He did not appear to be drunk. Private Berridge said he did not remember anything about it. He was fined £1 and allowed a week to pay.