Belgian Charged with Failure to Register 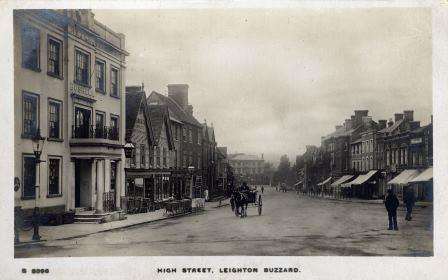 Saturday 13th July 1918: George Marie Van-der-Poele, a Belgian subject, has appeared at the Leighton Buzzard police court after receiving a summons for failing to notify the Registration Officer of where he intended to be living and the date on which he changed his place of residence. Mr Van-der-Poele came from London on 26th June intending to stay at the Swan Hotel and duly reported his arrival. However, he should have had his identity book stamped before he left London and this had not been done. Speaking in broken English he explained that he had intended to return to London but had some difficulty in getting a season ticket. He was then advised to inform the London police. The proprietor of the Swan Hotel later notified the Leighton Buzzard police that Mr Van-der-Poele had gone, and the next day a postcard was received saying that he had returned to London.

While the prosecution did not want a heavy penalty to be imposed, they did wish the magistrates to make it clear to Mr. Van-der-Poele that he was obliged to inform the police whenever he decided to change his residence. He had been fined for a similar offence at Linslade last February, although in that case he had been to France without notifying the police. The Chairman explained to Mr. Van-der-Poele that notice must be given by foreigners before changing address, and that sending a postcard after the event was not sufficient.