Fox Hunting and the Food Supply 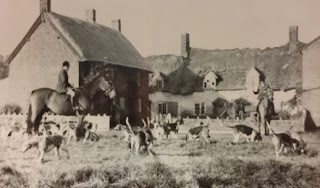 Thursday 1st February 1917: Leighton Buzzard Urban District Council  is resisting pressure to plough up parks and recreation grounds for food production, the more so as so much local land is being used to produce game for hunting rather than to grow food. The Vice-Chairman of the Council, Mr. F.G. Woodman, has published a letter stating that to plough up the park in order to let it as allotments would cost a great deal of public money while having very little impact on the food supply. Meanwhile the Council is doing its best to find suitable allotments for every applicant, but its appeals have not been met with offers of enough land to meet demand. He suggests that the Duke of Bedford’s large walled park in Woburn would be better used for producing food for the people rather than for grazing deer, raising pheasants and as fox cover. He suggests that “instead of trying to be publicly rude to men who are striving to do the best with the materials they have”, those complaining should try to “persuade the Duke of Bedford and his agent into increasing the food supply by beginning at home, then spend a few hours in the market sympathising with the poultry breeder whose roosts are being nightly, and in some cases daily devastated, and the farmer whose crop is continually being spoiled and whose livestock is menaced by the marauders to the serious financial loss and discouragement of both.”

The truth of Mr. Woodman’s comments is demonstrated by this letter from a small poultry keeper who lost fifty fowls to foxes in the last year. He says: “Last year more than 400 fowls were killed within a radius of three miles of the fox cover. One labouring man lost 64 in one night, which were valued at £15. Some time after he was rewarded with a cheque for £6 and told he must keep up his poultry while the foxes were about. This year foxes are killing poultry worse than ever, fetching them by daylight. I myself am only a small poultry keeper, but I have 10 fowl houses to shut up each night and open every morning. That means 140 journeys every week to shut and open fowl houses.”